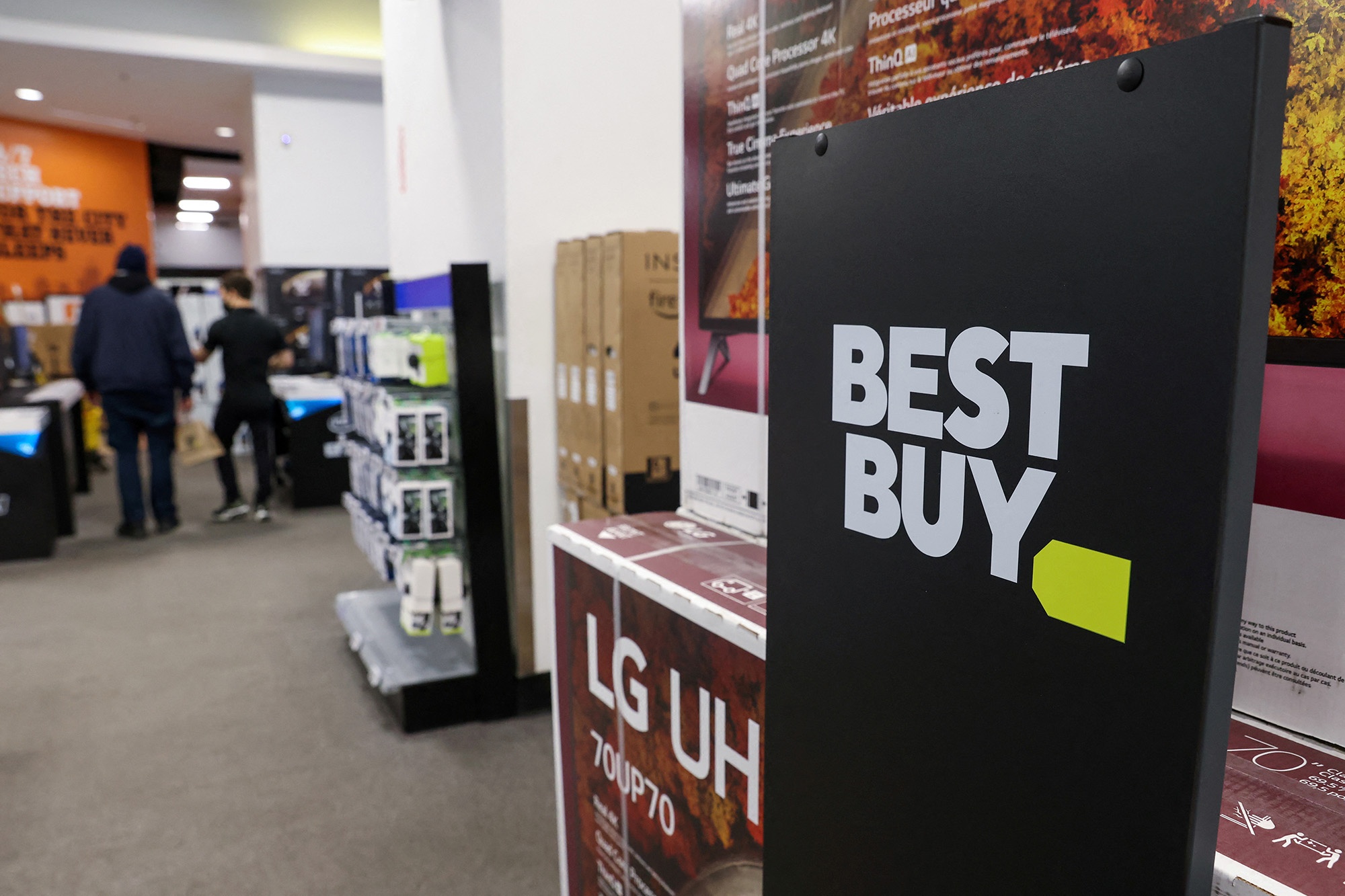 Best Buy has cut hundreds of store jobs across the United States in the past week, the Wall Street Journal reported on Friday, as the electronics retailer looks to reduce costs in the face of a demand slowdown.

The job cuts include some workers who do jobs such as helping people with purchase or plan their home-entertainment layouts, the report said, citing people familiar with the situation.

Best Buy did not immediately respond to a Reuters request for comment.

The company had last month forecast a steeper drop in annual sales than previously estimated as consumers pinched by decades-high inflation lower spending on computers and televisions.

Best Buy had about 105,000 employees in the United States and Canada as of the end of January.

A number of companies including technology firms and crypto exchanges have in recent weeks cut jobs and slowed the pace of hiring due to an uncertain economic outlook.