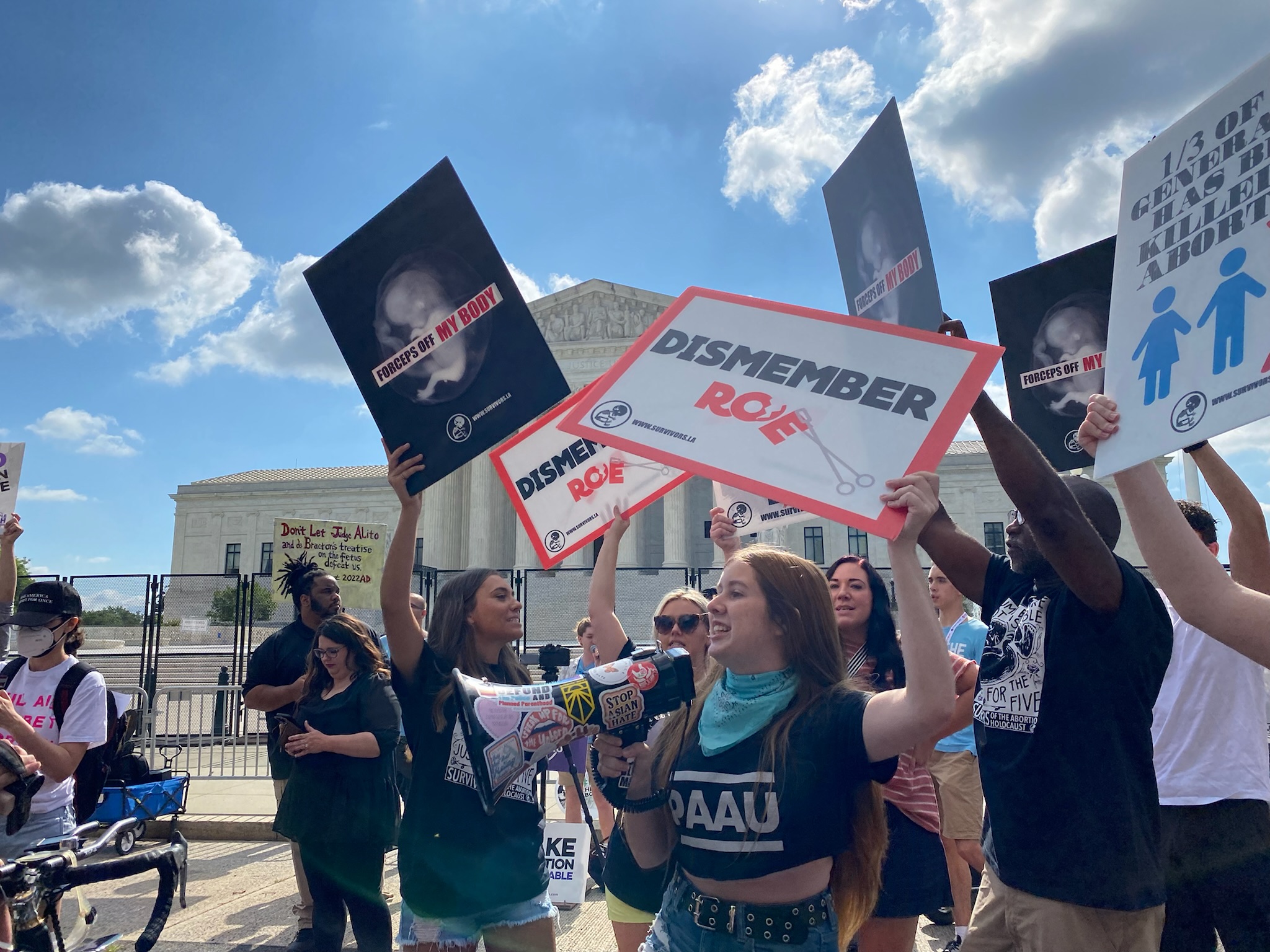 Activists on both sides of the abortion debate gathered outside the Supreme Court on Friday after the court issued its decision overturning Roe v. Wade. Amid an extensive police presence, protests remained largely peaceful as opponents of abortion rights cheered with joy and supporters of abortion rights voiced outrage and despair.

Protests began in the morning, shortly before the court’s 10 a.m. opinion announcements. As has been the case throughout the COVID-19 pandemic, the justices did not take the bench to issue opinions. Instead, the court posted opinions online in 10-minute increments.

When the ruling in Dobbs v. Jackson Women’s Health Organization was released at 10:10 a.m., anti-abortion activists shouted in celebration. In the hours following the decision, the crowd at 1 First Street grew. Joining the protesters were some politicians, including Rep. Alexandria Ocasio-Cortez, D-N.Y., who told abortion-rights supporters, “We have to fill the streets.” Marches to protest the ruling were planned in Washington, D.C., and around the nation.

The Supreme Court building remains surrounded by security barriers and guarded by armed police. On Tuesday, at least two protesters were arrested after handcuffing themselves to one of the security fences.

Here are some photos from outside the court on Friday. All photos by Katie Barlow. 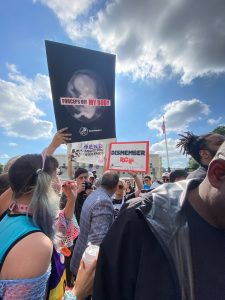 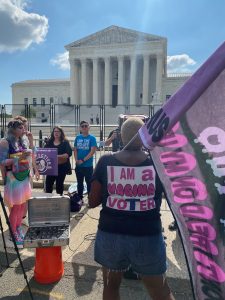 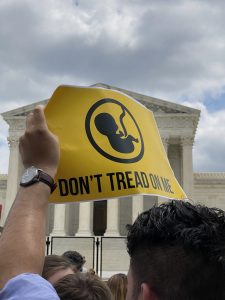 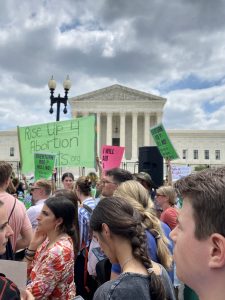 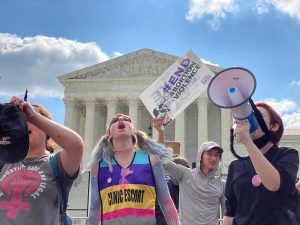