How the Fed Interest Rate Increase Will Affect You 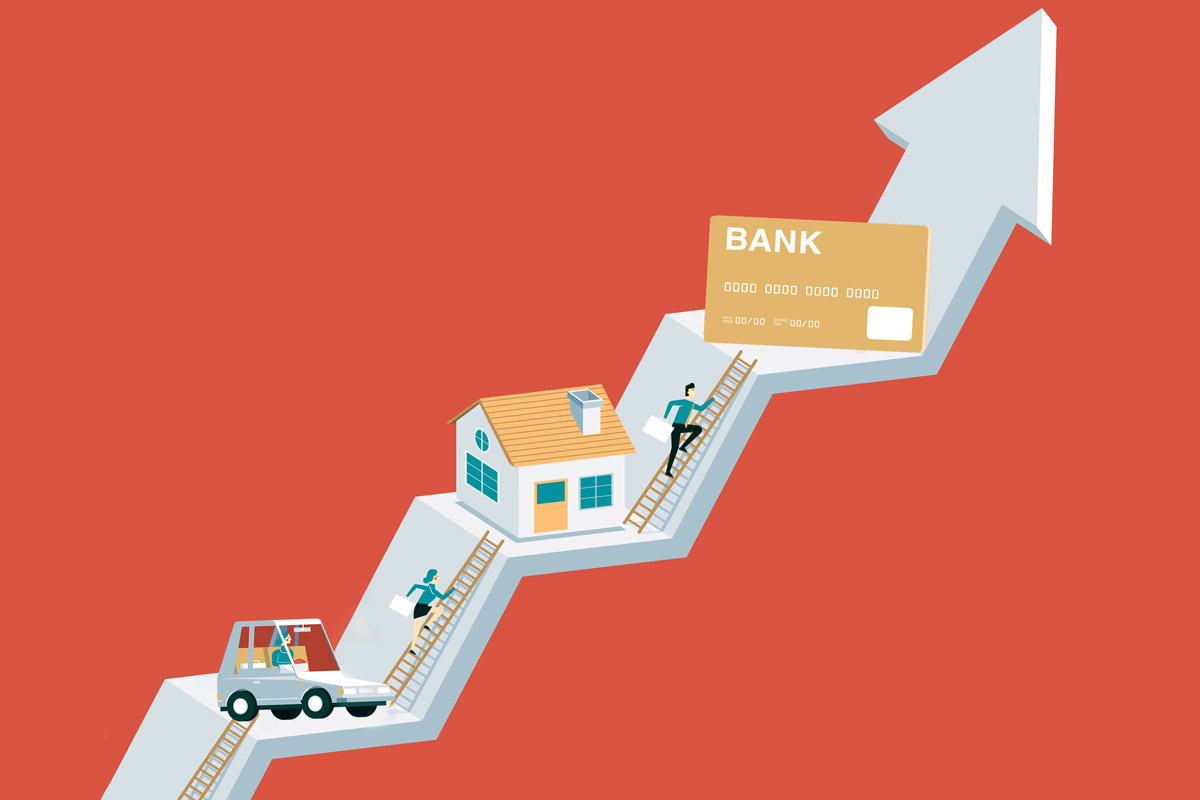 These hikes come as the Fed attempts to hamper the highest pace of inflation in more than 40 years.

In general, a rate increase is good for savers, and we may see some drops in prices of consumer goods.

But the hike is bad news for borrowers who will see mortgage and credit card rates jump.

Interest rates for mortgages, car and other consumer loans, credit cards and private student loans rise when the federal interest rate is increased.

The latest hike came June 15 when the Fed boosted rates by 0.75 percentage point — the largest increase since 1994.

More increases will almost certainly take place throughout 2022. At its June meeting, Federal Reserve officials said they’ll likely roll out another 50- or 75-basis point hike before the summer is over. A 75-basis point increase equates to .75 percentage points.

More increases in 2022 may be needed to battle both inflation — specifically the rising cost of food and fuel — and the economic impact of sanctions against Russia for its aggression against Ukraine.

What Rising Interest Rates Mean to You

Just to be clear, the federal interest rate is the rate at which banks borrow money from each other. But the rise and fall of that interest rate affects consumer interest rates on savings accounts, credit cards, mortgages and other personal loans.

Your credit is going to become more expensive. Most credit card companies provide variable rate interest, which means they can (and will) change interest rates on the balances you carry from month to month when the Fed raises interest rates overall.

The current average variable rate for credit cards is 17.13%, according to Bankrate, up from 16.34% in late March. That rate is only expected to inch higher over the next couple of months.

Take home message: Do what you can to pay down credit cards now.

If the Fed continues to raise the benchmark rate, this might be a time to consolidate your debt to a credit card with the lowest interest rate, or find a zero interest balance transfer offer that, for a limited time, would allow you to pay toward reducing the balance and not increase interest payments.

Check out our guide to how a balance transfer card can help get you out of credit card debt. Or at least consolidate payments.

If you currently have a fixed rate mortgage, the interest hike will not impact your monthly payments.

If your rate is variable, it’s about to go up, and your monthly mortgage payment will rise.

Should you want to refinance in response to the change in rates, the available bank rates are also going to rise in response to the Fed’s actions. The prime rate also impacts home equity lines of credit, so you should consider looking to reduce that debt amount as well.

Consumers looking to buy a home can expect to pay more interest, which has been close to zero for quite a while. First-time home buyers might be the most affected because they will see increased interest rates with fast-rising home prices in many markets.

It’s going to cost more to buy a car on a payment plan — but interest rates aren’t the one factor driving up car prices.

Your overall interest costs will depend on the interest rate you qualify for. In general, the higher your credit score, the better your rate will be.

New car prices have remained stubbornly high since the pandemic. At first, supply chain issues and chip shortages were to blame. While some of these issues have been resolved, inventory remains low compared to pre-pandemic levels, which means car prices aren’t likely to come down anytime soon.

Interest rates on car loans for buyers with lower credit ratings are most likely to increase as a result of the Fed Reserve’s hikes.

Automobile loan rates are based on your credit score, and the current average rate for a credit score between 781-850 is 2.4% for a new car, according to Experian. It can climb to over 10% for borrowers with credit scores under 600.

Find out if your loan is a fixed rate loan (most federal loans are) or a variable rate loan. This is good information to have even though the pause on federal student loan payments will be in effect until August 31. It hasn’t been announced if the payment freeze will be extended for a seventh time.

Private loans can be refinanced the same way a mortgage is, and there will be competition among lenders for new business as a result of the new Fed prime rate.

Interest on Savings Will Increase

It may be difficult for consumers to find good news related to a rise in the federal prime interest rate but there is one tidbit: earning more interest on savings.

If you have a high-yield savings account, it is likely you were receiving around 0.5% of interest on that account. Traditional savings accounts have been earning almost nothing in interest.

The growth in traditional savings accounts is low — typically around 0.1% — and has been since the Great Recession but high-yield accounts from online banks had been earning around 1% last year.

When the Fed raises prime rates for borrowing money though, the rate offered by federally insured banks for saving money rises too.

You may have already seen a couple increases this year if you have a high-yield account. The average interest rate on a traditional savings account is around 0.08%, according to the FDIC.

Federal I bonds have also seen historically high interest rates this year, even as stocks dipped into a bear market.

Expect the interest rates on savings to rise a bit along with the Fed interest rates. Here’s our list of the nine best savings accounts around.

Why the Fed Raises Interest Rates

The Federal Reserve uses the benchmark interest rate to regulate the economy.

Since December 2008, in response to the Great Recession, the benchmark rate has been unusually low, starting at near 0% and rising to 2.25% in December 2018, about a year before the pandemic struck.

In response to the economic calamity caused by the pandemic, the interest rate dropped again to near zero in March 2020 and didn’t change until two years later in March 2022.

Inflation has risen to 9.1% as of July 13, and the Fed prefers to keep inflation around 2%.

We’ve rounded up the answers to some of the mostly commonly asked questions about rising interest rates.

Why is the Fed Raising Interest Rates?

The Federal Reserve uses the prime interest rate to stimulate or slow the economy, based on current economic patterns. With inflation topping 9% and the cost of everyday goods rising, the Fed decided to bump the rate to slow borrowing and purchases on big ticket items like homes and automobiles.

Such action is aimed at slowing inflation, although the Federal Open Market Committee has indicated that rates may rise to near 3.5% by December. This suggests that several big rate hikes are still on the horizon.

Such increases would definitely impact both inflation (positively) and employment (negatively).

What Happens When Interest Rates Rise?

When the Federal Reserve increases the benchmark interest rate for borrowing, both public and private lenders follow suit. As a result, any interest cost included in a purchase is going to go up.

Mortgage rates and all loans will see increased interest rates for borrowing, and the interest rate on your credit card balances is likely to increase as well.

What Does it Mean When Feds Raise Interest Rates?

Generally, it means the economy is booming, and doing so too fast for the good of the country’s consumers, whose income cannot keep up. When the Fed increases the prime interest rate, it is usually aimed at reducing the annual inflation rate, which indicates how much the cost of consumer items change from one year to the next.

How Will the Interest Rate Increase Affect My Mortgage?

The interest rate hike won’t affect your mortgage if you have a fixed-rate mortgage. If you have a variable rate mortgage, that rate is likely to increase slightly, and will change again as the Fed makes more benchmark rate increases throughout 2022.

This might be a good time to consider a refinance to a fixed-rate mortgage to avoid surprises down the line.

What are the Disadvantages of Low Interest Rates?

When it comes to spending or borrowing money, there are no disadvantages other than overextending yourself by acquiring too many loans or credit cards.

When it comes to savings, low interest rates make it unappealing. In fact, the current national average savings interest rate in June 2022 was just 0.08%, according to the FDIC.

Kent McDill is a veteran journalist who has specialized in personal finance topics since 2013. He is a contributor to The Penny Hoarder.

Rachel Christian, a senior writer for The Penny Hoarder, contributed to this story.