How to Invest In Marijuana: Cannabis Stocks Explained 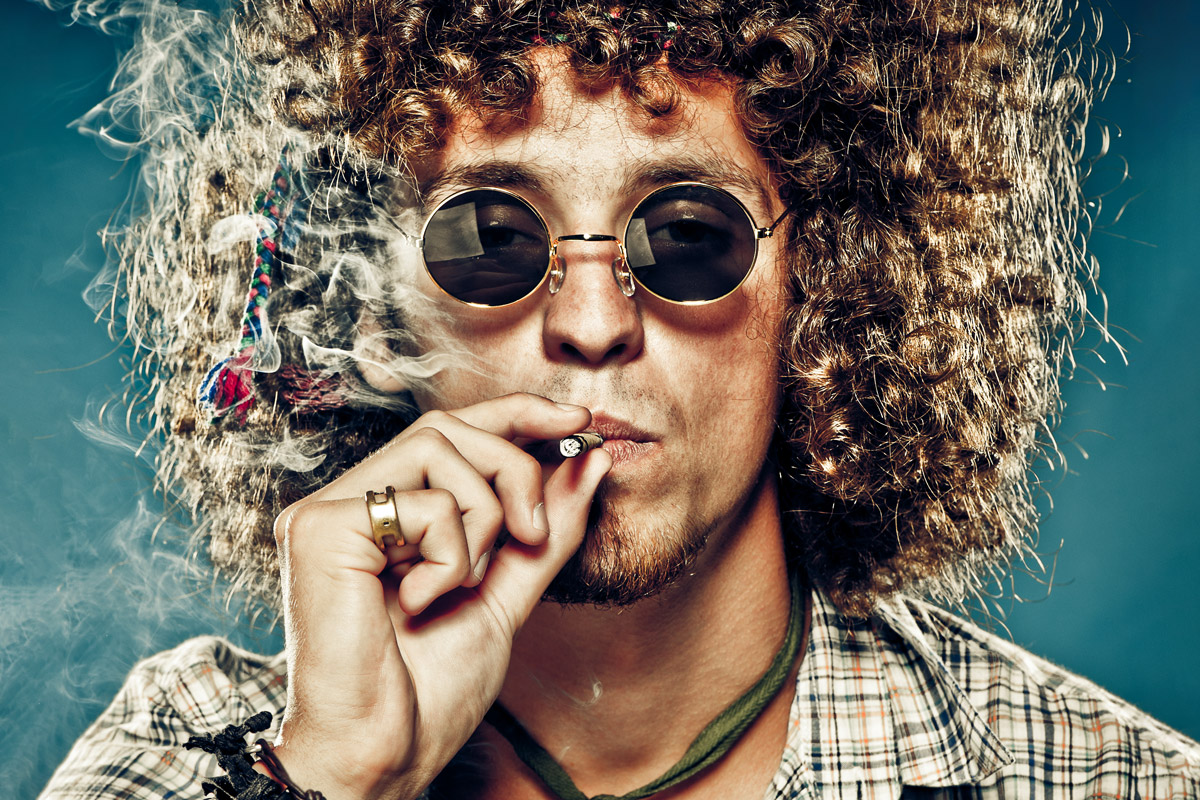 The once-shadowy industry has transformed into a highly commercialized and profitable sector, spanning biotech and research companies as well as marijuana growers and consumer retailers.

About 428,059 full-time jobs were supported by the legal cannabis industry in January 2022, according to a report by Leafly and Whitney Economics.

By 2030, the U.S. legal marijuana market is expected to reach $40 billion, according to a June 2022 report by Grand View Research.

Buying into an emerging industry poised for moonshot growth is enough to make any investor’s mouth water.

But the cannabis business isn’t like other cash crops. It’s still illegal at the federal level, which can make investing in marijuana stocks tricky.

Marijuana investments involve risk — but is the potential upshot worth it?

In this guide, we’ll explore the different types of marijuana companies, pros and cons of investing in the industry, top cannabis stocks and more.

States began legalizing medical marijuana more than 20 years ago. By August 2022, 37 states plus the District of Columbia now permit the sale of medical weed.

Recreational use is also booming. In 2012, Colorado and Washington became the first states to legalize recreational marijuana for adult use. A decade later in 2022, 19 states plus D.C. now permit recreational use, further expanding the legal cannabis industry.

In 2018, the production of hemp and, by extension, CBD oil was legalized at the national level. (The U.S. government defines hemp as any cannabis plant containing less than 0.3% of THC, the psychoactive substance that gets users high.)

But the effort to legalize marijuana at the federal level remains stalled.

A current bill in the U.S. Senate called the Cannabis Administration and Opportunity Act would decriminalize marijuana on the federal level and allow states to set their own cannabis laws without fear of federal prosecution.

Types of Marijuana Products and Companies

Cannabis may be booming but there are still only a few dozen publicly traded companies.

Because Canada became the first G20 country to legalize recreational weed in 2018, most cannabis stocks are headquartered there. U.S. companies that directly handle marijuana are barred from listing on U.S. stock exchanges.

Before you invest in marijuana, it’s important to understand different aspects of the industry.

First, there are two broad categories of cannabis products.

Medical cannabis, which is grown and used to treat various medical conditions such as chronic pain, is legal in 35 U.S. states and the District of Columbia. It’s also legal in more than 30 countries. A patient needs a prescription from an authorized health care provider to obtain medical marijuana.

Numerous products are made from cannabis plants, including marijuana flower, CBD oils, edibles and hemp, as well as concentrates used in vaping and other items.

Cannabis growers cultivate the plant. Some also own production facilities or create cannabis-related products, like hemp.

These companies own dispensaries where people can purchase cannabis products.

Providers of Ancillary Products and Services

Because the drug is still federally illegal, investing in U.S. marijuana stocks can be tricky. Buying shares of cannabis-related companies is one option.

Ancillary firms are listed on U.S. stock exchanges because these publicly traded companies don’t deal with the plant itself.

For example, Innovative Industrial Properties (IIPR) is an industrial real estate investment trust that specializes in leasing property to cannabis growers and other companies in the medical marijuana market.

Rewards and Risks of Investing in Marijuana Stocks

The marijuana industry is ripe for growth — but plenty of roadblocks remain, especially for U.S. companies and investors.

Before you jump into the cannabis industry, it’s important to understand what makes these stocks so exciting — and so risky.

Marijuana is a nascent industry. Getting in on the ground floor is one of the biggest potential rewards for marijuana investors.

By getting in early, you might be able to capture larger-than-average returns as the cannabis industry expands and evolves.

Legal cannabis sales are expected to top $33 billion by the end of 2022, according to a study by MJBiz, a leading B2B cannabis company.

With a majority of Americans in favor of legalizing marijuana, industry supporters say it’s only a matter of time before the U.S. government gives weed the green light.

People looking to invest in cannabis could buy cheap shares during the current market lull, and hold their stocks until prices rise.

Some investors may see this as a prime buying opportunity. Once the federal government legalizes weed, institutional investors are likely to pour money into the marijuana industry and send cannabis stock prices soaring.

Marijuana stocks aren’t a good fit for conservative investors who hate the idea of losing money. But if you can stomach risk, devote time to researching companies and hold these assets for a few years, marijuana investing may be a good pick for your portfolio.

Investing involves risk. An asset can lose value as market conditions change. This holds true for any industry — not just marijuana companies.

But pot stocks can be particularly volatile.

Yes, weed is still illegal at the national level, but it’s more than that.

Investing in marijuana stocks is risky because:

Like any budding market, the cannabis industry has seen its share of bad actors. Companies poised for tremendous growth potential can suddenly underperform, get acquired by another company or even go bankrupt.

In short, taking a chance on inexperienced and obscure companies can devastate your investment returns.

Another risk is investing in companies that exist simply because marijuana is still prohibited under federal law. Businesses that cropped up to solve a problem —  like alternative banking systems for marijuana dispensaries — could suddenly disappear once national legalization occurs.

We’ll discuss ways to mitigate risks associated with cannabis investing when we delve further into how to invest in marijuana.

Best Cannabis Companies to Invest In

Below is a list of the top marijuana stocks to consider. Our list only includes companies with market caps of at least $200 million with figures current as of August 2022.

How to Buy Marijuana Stocks

It’s always important to do your homework before purchasing individual stocks — especially in the marijuana industry.

Marijuana’s illegal status at the federal level makes it harder for U.S. companies to get listed on a mainstream stock exchange.

But experts are mixed about the growth potential of Canada’s marijuana industry.

In 2018, our neighbors to the north legalized recreational marijuana, spurring a boom of global investment. Stock prices soared, crashed, soared and crashed again.

Canadian marijuana stocks had a brutal year in 2021, with share prices for companies like Cronos Group down by double digits. Things haven’t improved much in 2022.

Experts say over expansion is to blame. In short, the Canadian industry burned through too much money, grew too much weed and rolled out retail dispensaries too slowly.

The result: Canadian cannabis companies are struggling to turn a profit, leading some investment experts to suggest the biggest areas of growth lie in the U.S. cannabis market.

The United States has a much larger and more lucrative marijuana market than Canada. But American-based cannabis businesses can’t list on U.S. stock exchanges.

This leaves U.S. cannabis companies two options: Get listed on a Canadian exchange or trade over-the-counter.

What Are Over-the-Counter Stocks?

Stocks purchased on over-the-counter exchanges are very speculative because they aren’t required to disclose certain financial information to the public, making it nearly impossible to conduct a true analysis of a stock’s value.

You may need to use a special brokerage account to purchase shares of U.S. marijuana companies, although a few well-known discount brokers carry OTC stocks, including Fidelity and TD Ameritrade. Charles Schwab also lets you buy your own over-the-counter shares using the Schwab One brokerage account.

However, be cautious of trading fees. Some online brokerage firms charge a fee or trading commission on these stocks — even if the investment platform offers free trades on other securities.

How to Invest in Marijuana Exchange-Traded Funds

There are two primary ways to invest in marijuana: individual stocks and exchange-traded funds (ETFs).

ETFs are typically a good way to diversify your portfolio because they spread your investment dollars among several companies at once.

Marijuana ETFs can be less risky than investing in an individual marijuana stock because ETFs diversify you across every vertical of the cannabis industry, from product conception to consumption.

It may also be easier for the average investor to buy a marijuana ETF because several are listed on U.S. exchanges.

Going with an actively managed ETF, like Amplify Seymour Cannabis (CNBS) or AdvisorShares Pure US Cannabis (MSOS) is probably your best bet.

Actively managed funds are more responsive to industry shake-ups, like mergers, acquisitions and bankruptcies. Portfolio managers of actively managed ETFs are more nimble, allowing them to take advantage of dips in stock prices and divest from problematic companies.

In contrast, passively managed ETFs, like Horizons US Marijuana Index (HMUS) and the Cannabis ETF (THCX), are only rebalanced and tweaked once a quarter. A lot can happen in three months, especially in this industry.

If you’re trying to find the best marijuana ETF to buy, peek under the hood and look at the specific stocks a fund owns. Also make sure to examine the fund’s recent price movements along with its one-year and five-year returns.

The best marijuana companies share a few similarities. Here’s what to look for when picking cannabis investments that can help you mitigate (some) of the industry’s inherently risky nature.

Rachel Christian is a senior writer at The Penny Hoarder.

This article contains general information and explains options you may have, but it is not intended to be investment advice or a personal recommendation. We can’t personalize articles for our readers, so your situation may vary from the one discussed here. Please seek a licensed professional for tax advice, legal advice, financial planning advice or investment advice.