More Than 1 Million Borrowers Qualify for Automatic Student Loan Relief — Are You One? 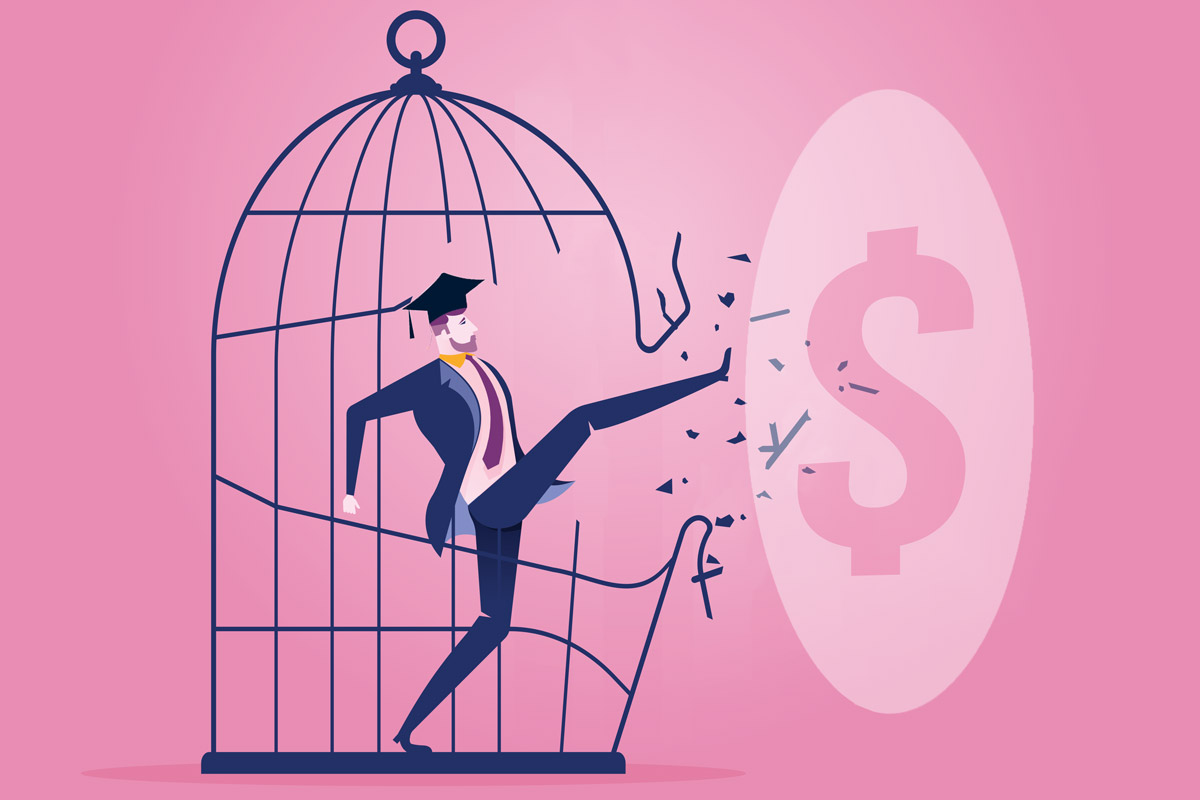 More than a million student loan borrowers are entitled to automatic relief thanks to recent court settlements and rule changes from the U.S. Department of Education.

Several groups of student loan borrowers will receive automatic aid unless they choose to opt out. The groups include some current and former service members, borrowers with qualifying permanent disabilities that prevent them from working and attendees of the defunct ITT Tech who inadvertently took out “misleading” loans that the for-profit college chain allegedly disguised as grant money.

The group also includes more than half a million defrauded former students who took out loans to attend the Corinthian chain of schools — as well as some 66,000 borrowers who will get automatic loan forgiveness from a settlement reached in early 2022 with the loan servicing company Navient.

Here’s a closer look at who’s receiving the automatic aid.

In early June 2022, the Department of Education announced they would be offering complete student loan forgiveness to 560,000 former Corinthian students. The $5.8 billion in total debt forgiveness was the largest single loan discharge in U.S. history.

Corinthian, a for-profit chain of schools under the names of Heald, Everest and WyoTech, made “pervasive misrepresentations related to a borrower’s employment prospects, including guarantees they would find a job,” according to the DOE. Corinthian also effectively lied about students’ ability to transfer credits and its own public job placement rates.

The chain had more than 110,000 students at 105 campuses at its height in 2010. But, after the DOE announced its initial findings in 2015, Corinthian sold or closed all of its schools.

Those initial findings gave borrowers the opportunity to apply for “borrower defense,” a provision that allowed defrauded students to receive loan cancellation. The DOE said more than 100,000 borrowers had their loans canceled because of the provision.

The department has also made it painless for affected borrowers to receive their loan forgiveness.

“The department will soon begin notifying students who attended Corinthian of this decision, with the actual discharges following in the months after. Borrowers will not have to take any actions to receive their discharges,” according to a DOE release.

For federal student loan borrowers who have qualifying total and permanent disabilities, the Department of Education is providing $5.8 billion in automatic loan forgiveness, according to an announcement from the agency.

By accessing records from the Social Security Administration and the Department of Veterans Affairs, the Education Department identified an estimated 323,000 borrowers who are eligible for its total and permanent disability (TPD) loan discharge program.

The department was scheduled to complete its latest quarterly data match process in September and notify those who were eligible in the following weeks. The agency discharged the loans at the end of the year.

Going forward, the department told The Penny Hoarder that federal student loan borrowers who are determined to be totally and permanently disabled by the VA or SSA will be identified for automatic discharge on a quarterly basis.

Many other disabled federal student loan borrowers are eligible for a TPD discharge but will have to apply manually — a process which staff attorney Alpha Taylor of the National Consumer Law Center called “overly burdensome.”

“For now, things will remain the same for borrowers who are not eligible for a TPD discharge based on the data matching program with SSA and VA,” Taylor told The Penny Hoarder. “They will still have to complete the overly burdensome TPD application process and submit a physician certification to have their loans discharged.”

Before ITT Technical Institute closed its doors in 2016, the for-profit school deceived some students into taking on unnecessary debt.

“The institution engaged in widespread misrepresentations about the true state of its financial health and misled students into taking out unaffordable private loans that were allegedly portrayed as grant aid,” the Department of Education announced.

Approximately 155,000 former ITT students are now eligible for debt forgiveness after a new review of ITT Tech’s deceptive activity. The education department determined students who attended ITT but did not finish their degree starting as early as March 31, 2008 are now eligible for loan discharges.

To qualify for automatic discharge:

ITT Tech is one of more than 50 defunct schools included in the Department of Education’s Closed School Discharge program. Other schools include The Chef’s Academy, Concordia University, the group of Corinthian Colleges and dozens more.

This discharge program typically provides automatic loan forgiveness to qualifying borrowers three years after a school’s closure. However, if you believe you are eligible and you don’t want to wait three years, you may apply to the program manually to receive a speedier discharge.

Navient reached a settlement with attorneys general in 39 states is over two primary accusations: that it redirected borrowers into forbearance instead of pushing them toward more sensible income-based repayment options; and that through its predecessor, Sallie Mae, borrowers were directed to subprime loans that they knew would likely default.

According to the settlement statement, borrowers who qualify don’t need to take any further action other than to make sure the U.S. Department of Education has their current address through their studentaid.gov account.

Borrowers who qualify for private loan debt cancellation will receive a notice from Navient by July 2022 and will be refunded any payments made on canceled private loans after June 30, 2021.

Federal loan borrowers receiving the approximate $260 restitution payment should have received a postcard from the settlement administrator in the spring of 2022.

Due to a data-matching agreement — this time with the Department of Defense — the education department retroactively waived student loan interest for at least 47,000 current and former active-duty service members in August 2021.

This benefit should not be confused with loan discharge, aka forgiveness. It affects only the interest on the loans.

Qualifying service members for this benefit were or are deployed to “areas that qualify them for imminent danger or hostile fire pay,” according to the Department, and must have taken out a federal student loan on or after Oct. 1, 2008.

Only a small percentage of qualifying service members have accessed the benefit. In 2019 before the data-matching agreement, the department said it waived interest for only 4,800 service members.

“Now the department is able to identify federal student loan borrowers who serve on active duty by matching records to DOD’s personnel records,” the Education Department stated in a news release. “As a result, the department can automatically provide the student loan interest benefit.”

The Department of Education extended its freeze on interest rates and payments for federally held student loans through Aug. 31, 2022. This is the fifth extension since the beginning of the pandemic.

What Happens When the Education Department Doesn’t Collect on Student Loan Debt?

Each time the Department of Education forgives a loan, it removes a financial burden for someone who pursued higher education. Simultaneously, the department loses out on money it was owed.

When we’re talking about 43 million borrowers who owe more than $1.7 trillion, the cost of forgiveness can add up quickly. Even the tailored relief provided by the department in 2021 accounts for $9.5 billion.

How does the department operate without those funds? Could loan forgiveness affect the budgets of other aid programs? What about everyone else with student loan debt?

The Department of Education did not respond when The Penny Hoarder posed those questions. However, a recent Brookings report by Adam Looney sheds some light. Looney is a nonresident senior fellow at Brookings, a former deputy assistant secretary at the U.S. Treasury Department and a tax policy expert.

“Even modest student loan forgiveness proposals are staggeringly expensive and use federal spending that could advance other goals,” Looney opens his report.

He argues that blanket student loan forgiveness tends to benefit whiter, better-educated and higher-income people who may not need the aid as badly as others. And while good natured, the cost of widespread forgiveness rivals the spending of unemployment insurance, food assistance programs and other government programs intended for Americans who need the aid the most.

Adam Hardy is a reporter and editor based in St. Petersburg, Florida. He covers personal finance, the gig economy, government benefits programs and other ways to make and manage money, and is a former staff writer for The Penny Hoarder. Connect with him on Twitter @hardyjournalism.

Robert Bruce is a senior writer for The Penny Hoarder.