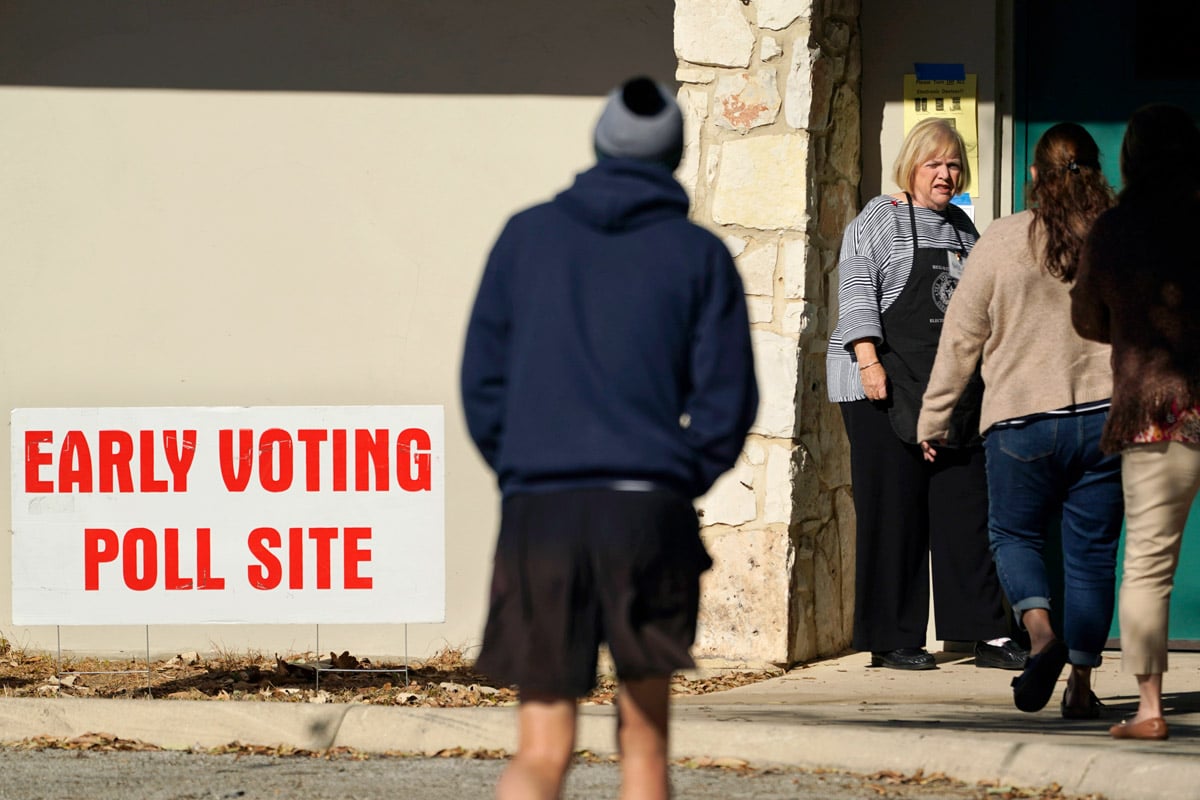 You want to make a few extra dollars and the American election process makes that possible. And those extra dollars could stretch into the hundreds for just a couple days’ work.

With a day of training — that you can get paid for too — you can be one of those people who checks IDs and make sure people are voting in the right place. That’s a poll worker and is just one of several positions to be filled during the election season. Even high school students can get in on the action.

This is a mid-term year, and there are primaries still to be conducted leading up to election day on Nov. 8. With widespread early voting across the country, seasonal election workers are needed for multiple days.

Election boards still need workers to make the election work properly, even though more and more people are voting by mail. Election supervisors will increasingly need help processing those ballots and your county elections office can provide more information as those needs grow.

You see them when you go to your polling place to vote. You encounter two or three people, often older people, who check your identification, ask you to sign your name, and hand out your paper ballot or instructions for an electronic ballot.

Those people are paid to provide guidance to voters. Poll workers require a day or two of training, and must be available all day for primaries and elections. “All day” means from an hour before polls open to an hour or two after polls close.

Poll workers do not work 14 hours straight, but they are required to be available for those times for scheduling purposes.

The U.S. The Election Assistance Commission has gathered all the information from each of the states and territories involved in federal elections. They include some basic questions, such as:

There is another, and perhaps easier, way to find out about poll worker opportunities in your jurisdiction. An internet search for “poll worker (name of state or county)” is likely to provide government websites that provide all the information you need.

One other fact that makes this job a good idea: assuming you meet all the requirements, you will get hired. States are desperate for poll workers, and need younger workers with stamina.

In Cook County in Illinois, where Chicago is located, poll workers earn $200 in total for the day of training and the day they work.

While most states require poll workers to be old enough to vote, some states — California and New York among them — are inviting high school students to participate as poll workers.

In New York, 17-year-olds can accept poll worker positions and can make $250 for a full day’s work, from 5 a.m. to the closing of polls at night. New York students also get paid a $100 stipend just for attending the training class.

Depending on how modern your election system is, you may encounter a clunky machine that your paper ballot feeds into. You may be able to vote electronically. Either way, those machines need to be inspected and tuned up in preparation for election day, and they may need fixes the day of.

Election technicians often must meet greater requirements than poll workers.  They need to be available to set up the equipment the day of the election, and stick around to put the equipment away at the end of the night.

Like poll workers, there will be a day or two of training for election technicians. At the end of election day, technicians in Cook County, Illinois, are paid $365.

In Phoenix, there is a job for an IT Technician for Election Season, a temporary full-time job paying $19 an hour. The job includes equipment and computer maintenance as well as other functions including delivery duties.

If you are willing to take on more responsibility and make more money, you can be an election coordinator or supervisor. Though the title can differ state to state, this person oversees the day’s operation on site from opening to closing.

There are no additional requirements to be an election supervisor, but there is additional training.

In Kentucky, the job is called an Election Precinct Officer, and the pay rate is $60 per day, although that rate may be different depending on the county.

In Hillsborough County, Florida, the lead official at polling places is called a clerk, and makes $391 in a lump sum payment for training and a full day’s work on election day.

Campaign canvassers are the people who knock on your door or ring your doorbell and want to talk to you about a political candidate running in your precinct, district, parish, or county. They may even be representing statewide or national candidates.

Most political campaigns thrive on volunteer workers, but canvassers work hard days of walking neighborhoods and talking to strangers, often including some who don’t want to have the conversation. Therefore, canvassers are paid fairly well.

According to Indeed.com, the average canvasser salary is $16.32 an hour. If there is a political candidate you really believe in, or if you don’t mind promoting a candidate to strangers, this job could make you more than $100 a day.

To find canvassing jobs, you need only search for local candidates running for office and sign up. “Who’s running for political office near me” will get the job done.

You can also go to Ballotpedia.org, which provides a compilation of upcoming local elections for all states and territories, and provides background information on the candidates running.

Is Working a Seasonal Election Job a One-Time Opportunity?

No, it is not. Once election boards have your contact information, they will inquire as to your availability for the next election, and the one after that. Thousands of people across the country are needed to make elections run smoothly. Also, if you work as a poll worker one year, you are likely to be asked if you want to take on the role of election coordinator the next. Therefore, there will be more money to make.

Kent McDill is a veteran journalist who has specialized in personal finance topics since 2013. He is a contributor to The Penny Hoarder.