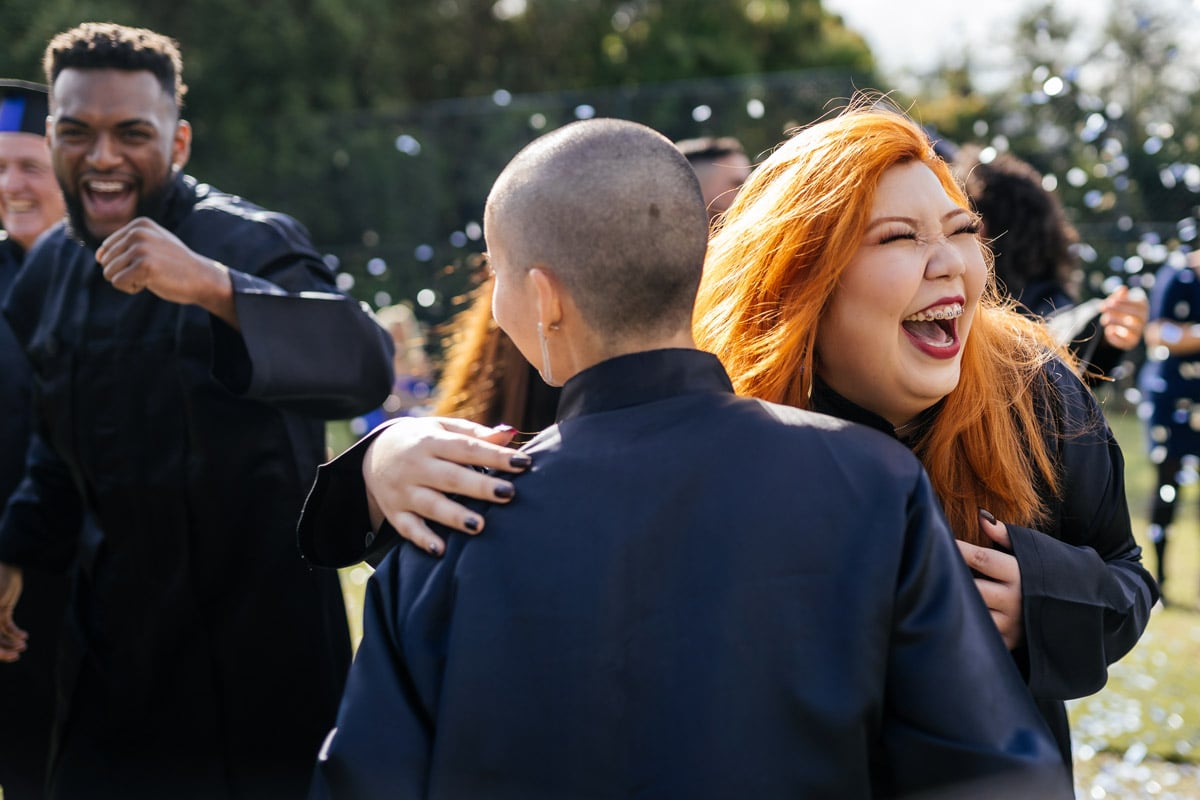 Federal student loan borrowers who still have remaining balances are getting one final extension — this time until January 2023. The latest reprieve — it’s the seventh extension, for those keeping score — was announced alongside sweeping student loan forgiveness.

The freeze on interest rates and payments for federally held student loans — aka administrative forbearance — has been extended by the Department of Education through Dec. 31, 2022.. Millions of Americans were staring at the resumption of federal student loan repayments on Sept. 1 until the Biden administration announced this latest pause. Payments will now resume on Jan. 1, 2023.

In even bigger news for many student loan borrowers, the Biden administration also announced they would be forgiving $10,000 of student debt for all borrowers who make less than $125,000 (or $250,000 per household). The forgiveness extends to $20,000 for borrowers who received a Pell Grant.

The four-month extension is largely attributed to the ongoing economic recovery from the pandemic and inflation. During the two-and-a-half year pause in federal student loan payments and interest, several automatic student loan forgiveness programs have been initiated. They have given relief to more than 1.5 million people, including defrauded students, active military personnel and veterans, people working in the public sector and those with qualifying disabilities.

This latest student loan payment pause is framed as a way for borrowers to recover from the pandemic and to prepare to resume student loan repayment next year.

“Today, we’re delivering targeted relief that will help ensure borrowers are not placed in a worse position financially because of the pandemic, and restore trust in a system that should be creating opportunity, not a debt trap,” said U.S. Secretary of Education Miguel Cardona.

According to the Education Data Initiative, about 43 million Americans owe a collective $1.75 trillion in federal student loan debt.

Here’s what else you need to know about the student loan extension.

What Is Student Loan Administrative Forbearance?

The pause on payments and interest accrual is an extension of the administrative forbearance that originated with the Coronavirus Aid, Relief, and Economic Security Act — the CARES Act — passed in March 2020.

Directed by the emergency legislation, the Department of Education initially announced that all federally held student loans would be placed in administrative forbearance through Sept. 30, 2020. Interest rates were automatically set to 0% and all federal student loan payments were suspended.

Then-President Donald Trump later signed an executive order to extend the administrative forbearance period until Dec. 31, 2020, and the Secretary of Education extended those measures until Jan. 31, 2021.

On his first day in office, President Joe Biden signed an executive order extending the freeze on interest rates and payments for federally held student loans through Sept. 30, 2021.

On Aug. 6, the Department of Education extended the student loan payment pause again — this time until Jan. 31, 2022. Then in December, the department issued another extension for federal student loan borrowers until April 30, 2022. Another extension lasted through the end of August 2022. This latest payment pause – which the DOE says will be the final extension – was announced on Aug. 24, 2022 and will last through Dec. 31, 2022.

What Loans Does Payment Pause Cover?

The interest waiver covers all loans owned by the U.S. Department of Education, which includes Direct Loans, subsidized and unsubsidized loans (sometimes called Stafford loans), Parent and Graduate Plus loans and consolidation loans.

If you happen to have Federal Family Education Loans (FFEL) and Perkins loans held by the federal government, they’re covered, too. But the vast majority of those loans are commercially held, which makes them ineligible for the benefit.

What Does This Mean for Federal Student Loan Borrowers?

There are four things to know about how administrative forbearance affects student loans through Dec. 31, 2022:

Note that the suspension does not mean that the federal government is making your student loan payments for you — you’ll just be free of making loan payments without accruing interest or incurring late fees while the pause is in effect.

What Should Student Loan Borrowers Do?

If you have federally held student loans, save the money that you’d normally put toward your federal student loan payment in a savings account. If you still have a loan balance after the $10,000 forgiveness plan announced in August 2022, then use that money to put toward the remaining balance.

What if you haven’t lost income and have federal student loans?

If you have federally held loans, save the money that you would’ve used for payments in an easy-to-access account. When the student loan pause ends, you can pay off a lump sum of the balance before your loans begin accruing interest again.

If you need a place to stash your cash, check out our lists of the best savings accounts and best high-interest checking accounts.

Although it might be tempting to get more impressive returns, student loan borrowers shouldn’t tie up would-be payments in investments that could decline in value in the short term or charge fees for early withdrawals.

When the student loan payment pause ends in December, you might need to access your money quickly to avoid paying any extra interest on your loans.

And if it turns out that your student loans are wiped out, you have a nice nest egg to use as a down payment for a house, to boost your emergency fund or to build your retirement fund.

What if you lost income during the student loan pause?

If you are already on an income-driven repayment plan, don’t pay anything during forbearance. Making additional payments only reduces a balance that will eventually be forgiven, and all those months of non-payments still count toward the total number of required installments to qualify for forgiveness.

What other options are available for student loan forgiveness?

If you’re already on track for recently revamped PSLF — you have a direct loan, you’re on an eligible repayment plan and you work for a qualifying employer — then you can take advantage of the relief period through Dec. 31, 2022. Those zero-dollar payments still count toward your total to earn forgiveness.

But there’s an exception.

If you’ve lost your job or have had your hours cut to less than the 30-hour minimum, your non-payments will not count toward forgiveness (but you still don’t have to pay). PSLF does not require consecutive payments, so you can still use the forbearance if you think you’ll return to your non-profit or public sector job.

However, if you lose your qualifying job and you get a private-sector job instead, your payments will no longer count under the program. Unless you go back to a public service job, your loans will not be eligible for PSLF.

What if you have both federal and privately held student loans?

Not sure who holds your student loans? Call your loan servicers to confirm. And remember, just because one loan is federally held doesn’t mean the other one is, so check on the status with each loan servicer.