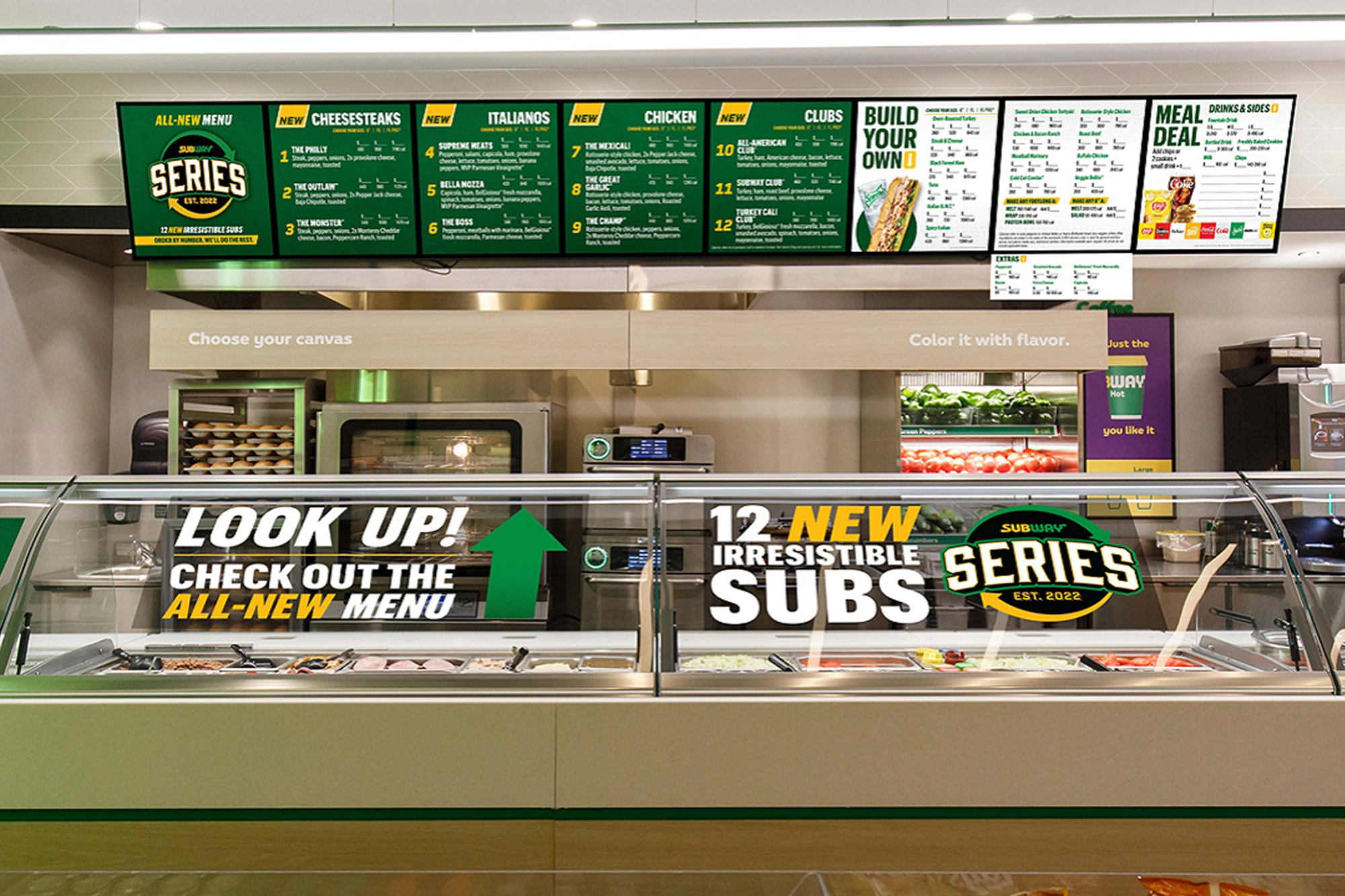 Restaurant chain Subway is giving away up to a million free 6-inch sandwiches to celebrate the launch of its “Subway Series” menu – which it’s hailing as the “most significant menu update in its nearly 60-year history.”

The 12 new creations – which are divided into the categories of Cheesesteaks, Italianos, Chicken and Clubs – have been given names such as “The Great Garlic”, “Bella Mozza” and “The Outlaw.”

“On July 12 from 10:00 a.m. to 12:00 p.m. local time, up to one million free 6-inch Subway Series subs will be offered across the nation,” the company said in a statement. “Guests have the opportunity to visit a participating Subway location during this timeframe and pick one free sandwich from the 12 new Subway Series sandwiches.”

“The all-new Subway Series continues the transformation journey Subway began last summer with the Eat Fresh® Refresh which introduced more than 20 new and refreshed ingredients to its menu,” it added. “Since then, Subway’s team of culinary experts spent more than a year applying six decades of sandwich skill and testing hundreds of recipes to create the 12 sandwiches that earned a coveted spot on The Subway Series menu.”

“While guests are still able to order their go-to customized classic, Subway is encouraging fans across America to try the best sandwich they’ve never created,” it also said.